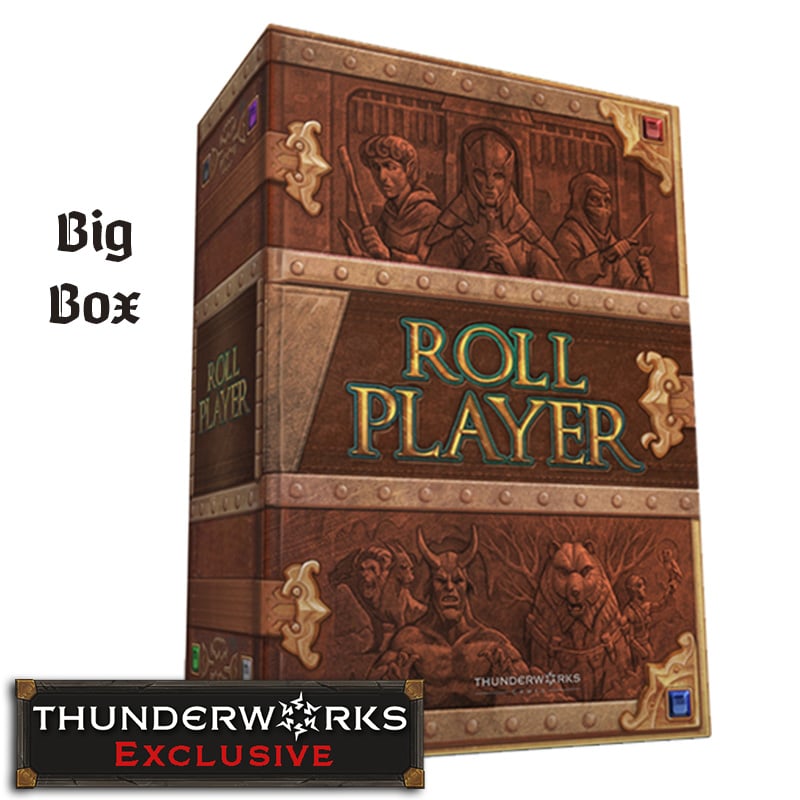 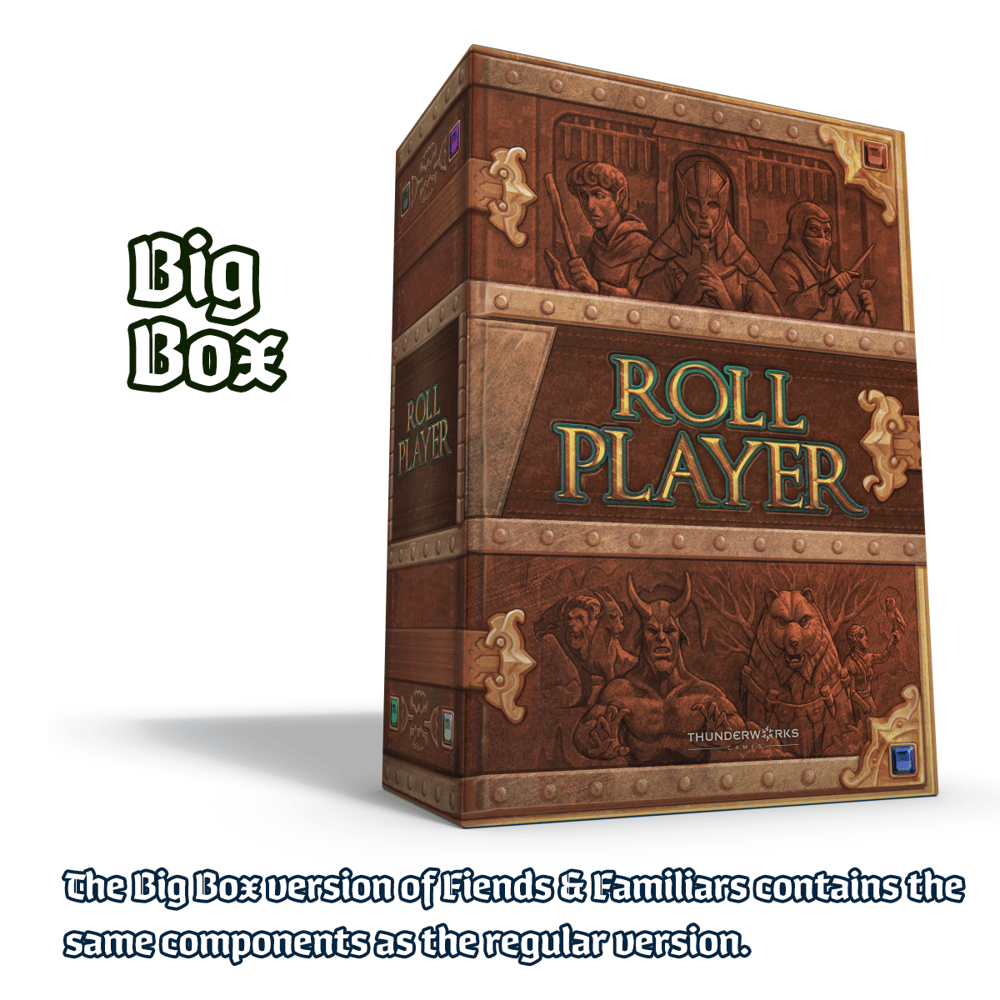 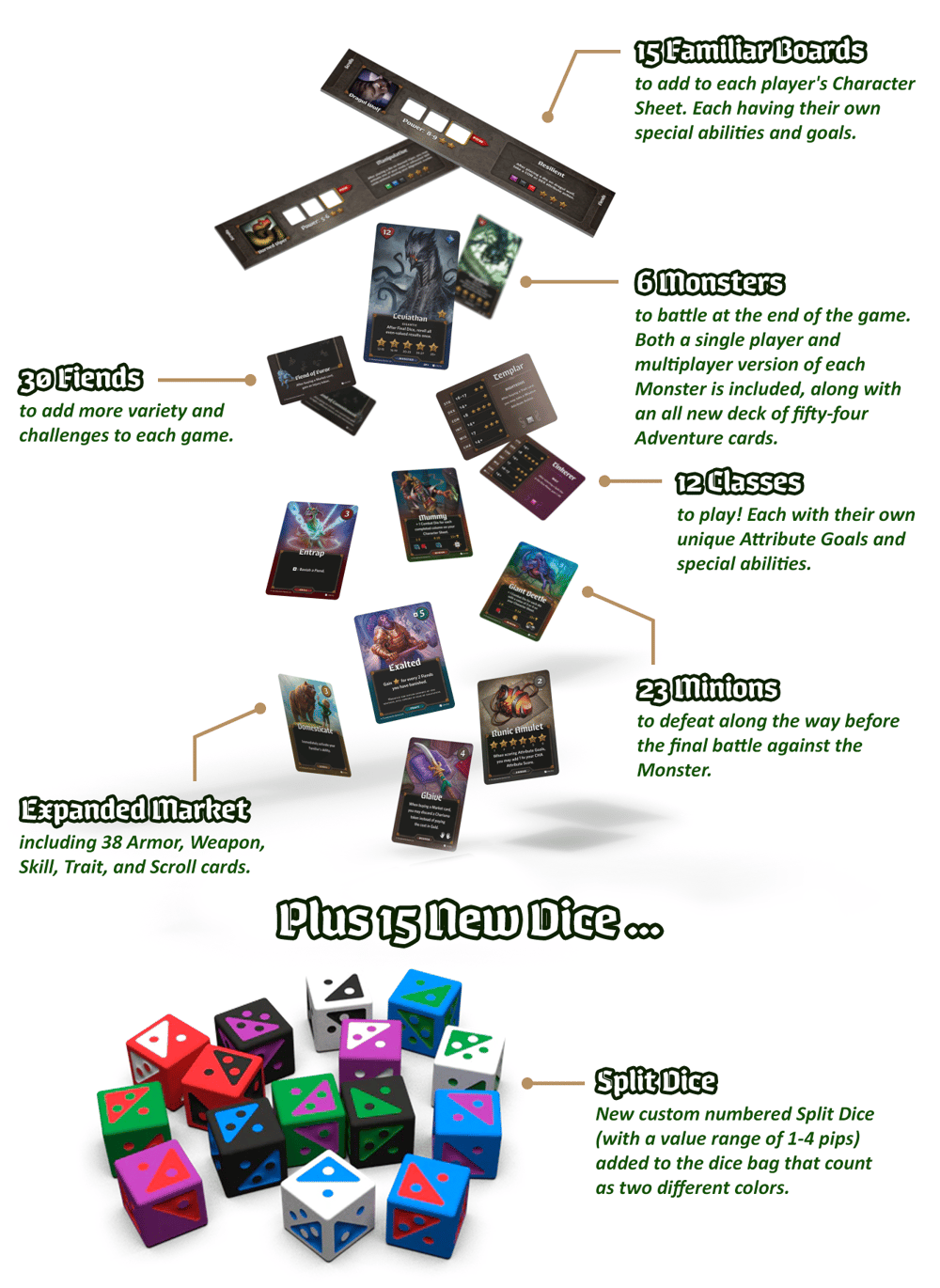 The [Big Box] will not be available at retail, but will be available through this webstore after release and at gaming conventions, while supplies last.

In Roll Player: Fiends & Familiars, players compete to construct the greatest fantasy characters, now with the help of Familiars and the hindrance of Fiends.

Familiars lend unique powers to their keepers, and along with new goods in the market, offer hope. But all the while, malicious Fiends torment the players with new obstacles.