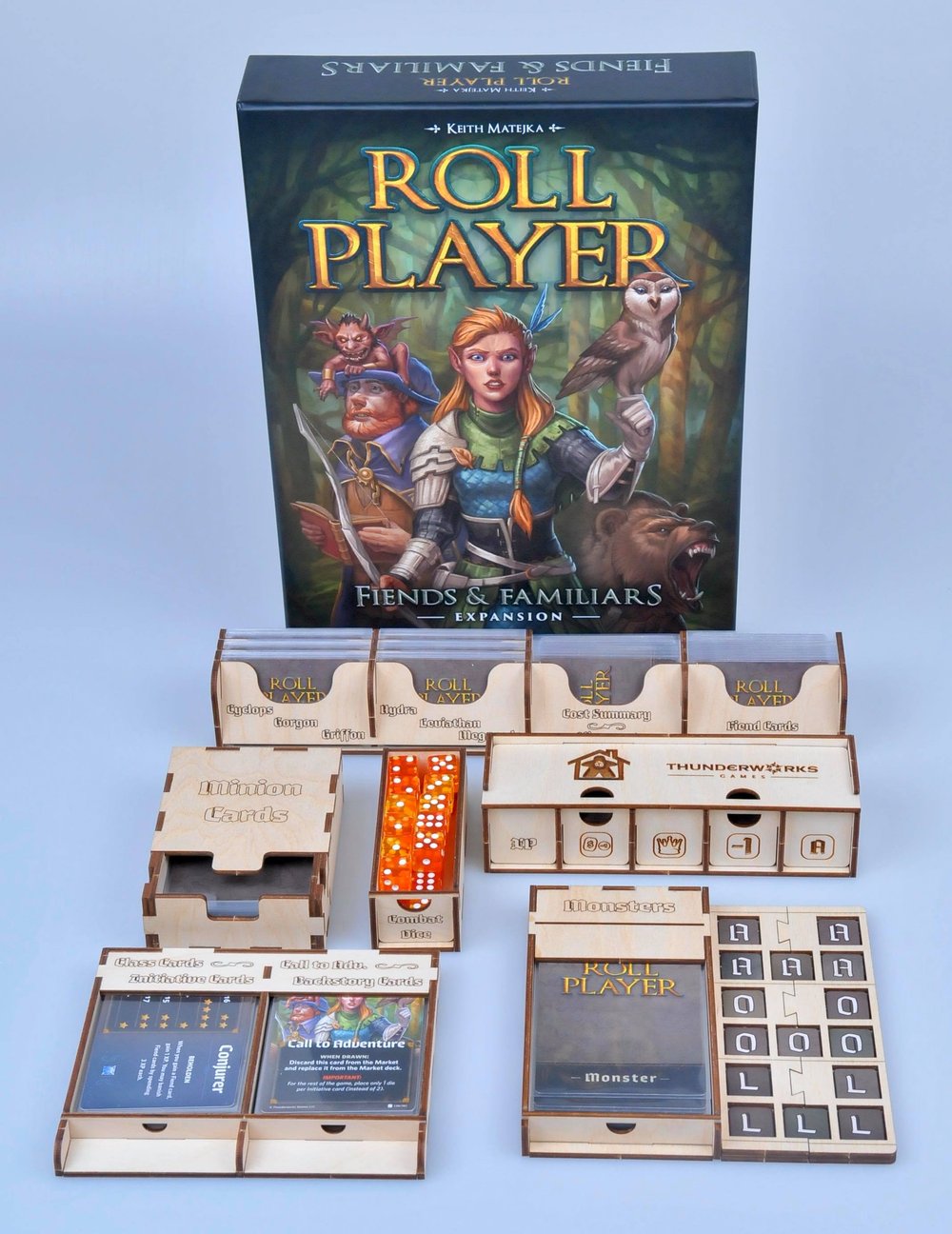 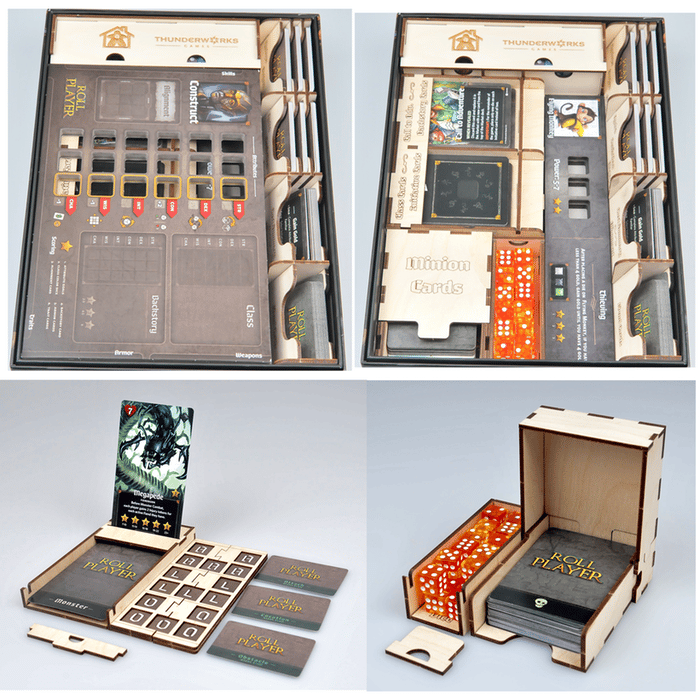 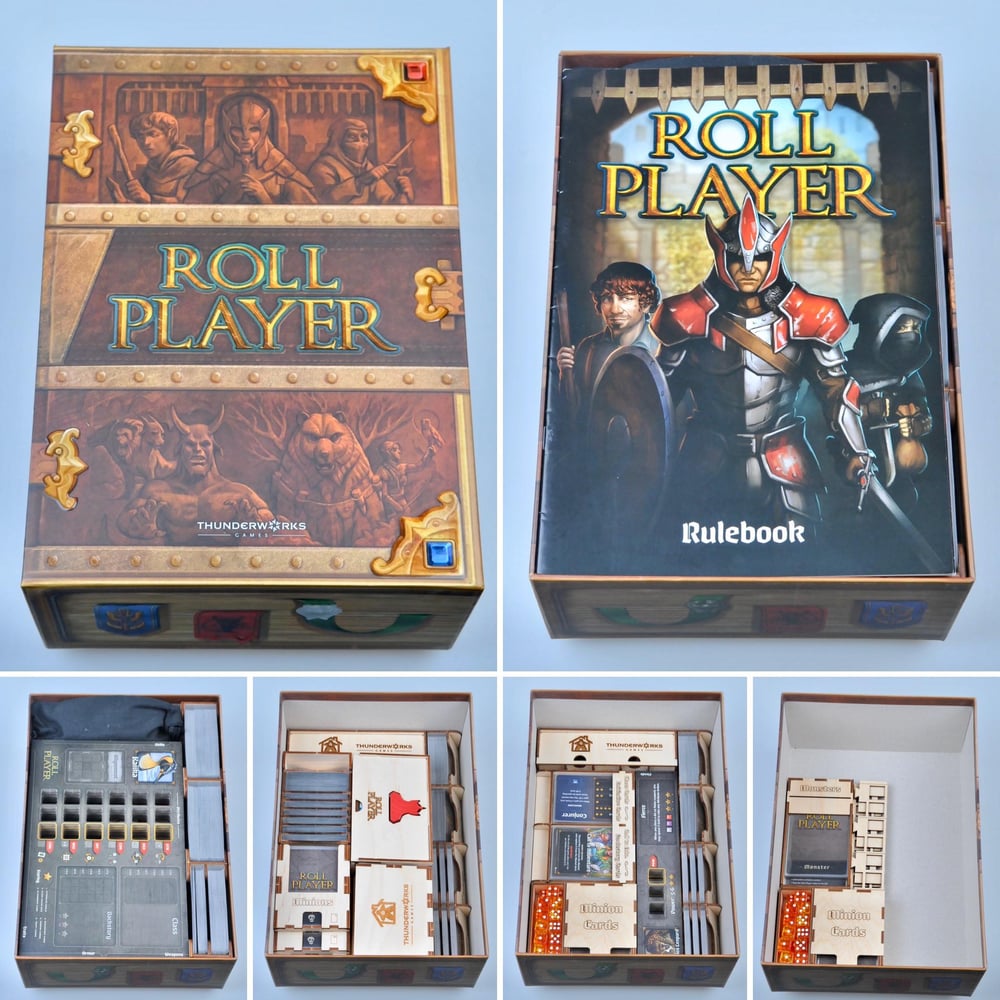 This fits within either the regular Fiends & Familiars box, or it sits on top of the Guild Hall insert inside the Big Box. It's designed to hold all the RPFF content, no matter which box you end up carrying the game in.

Check out the video and images below. Prototype and content from the previous expansion are shown as example components in the preview.