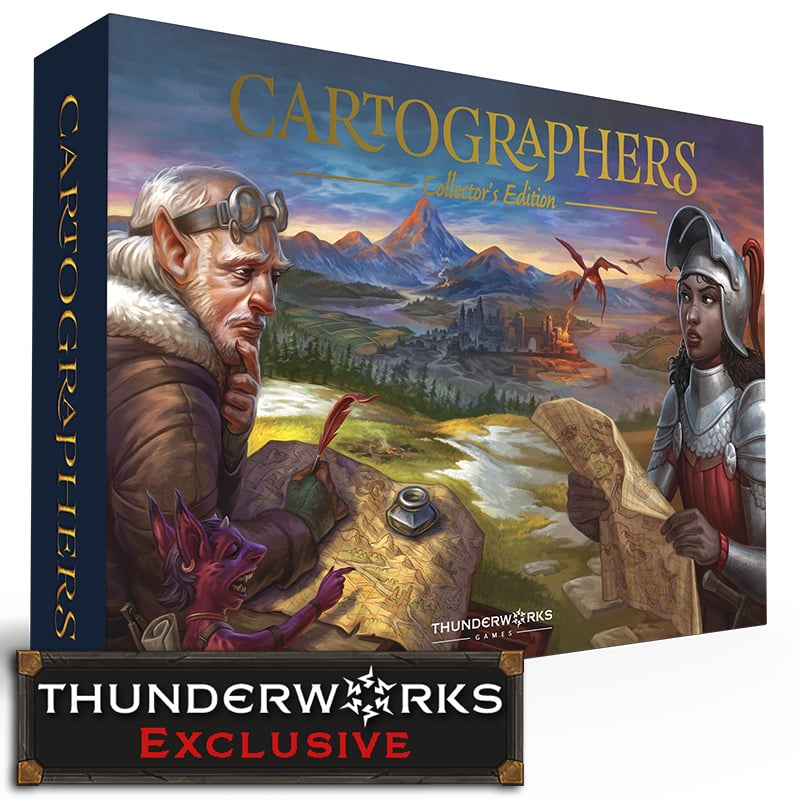 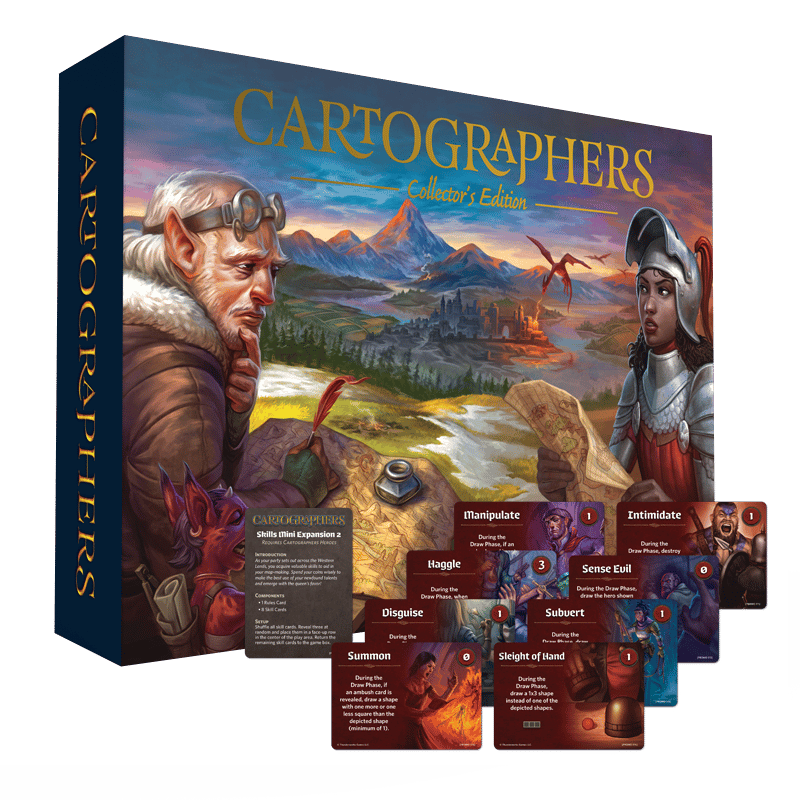 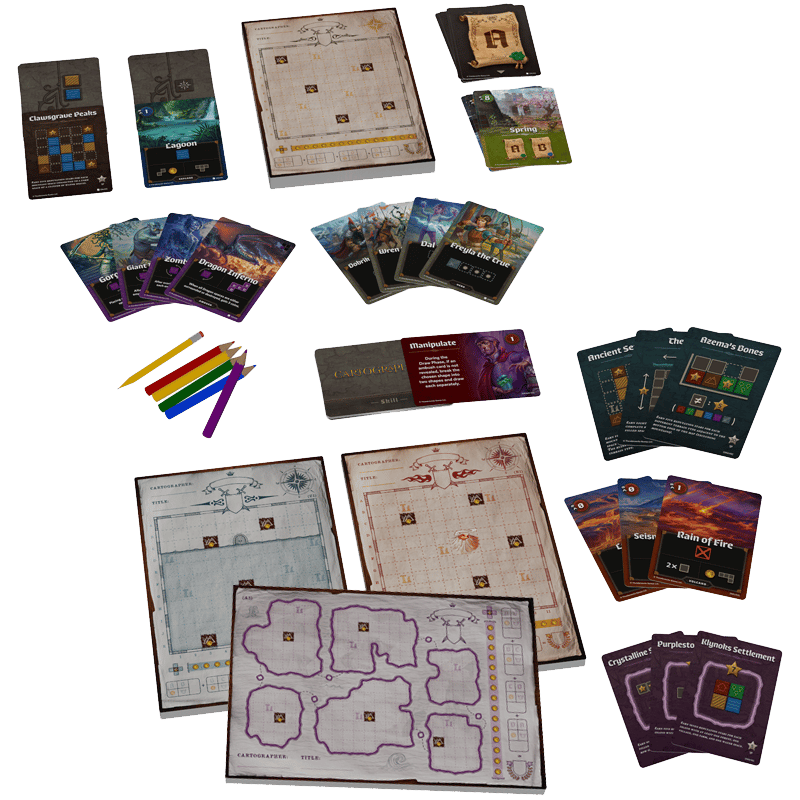 The included map packs can be played with either version of Cartographers and provide new map sheets, cards, and a unique and challenging way to play the game.