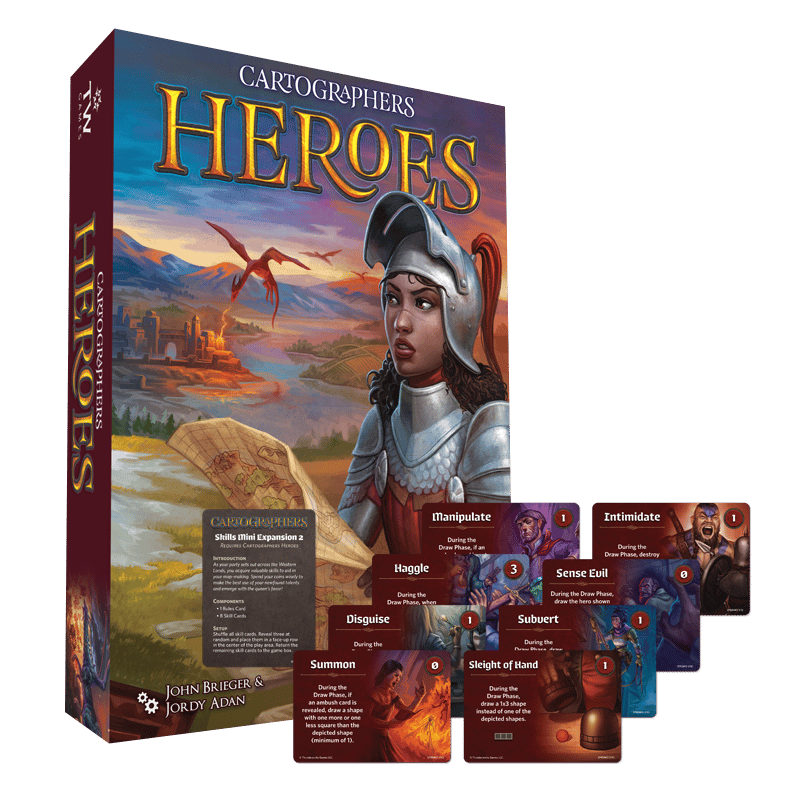 *** The 8-card mini Skills 2 expansion is INCLUDED with your order of Cartographers Heroes through our website. The artwork may be familiar to our Roll Player fans, but these assorted Skills add an interesting new way to play Cartographers. Most require you to spend some of your gold, but will your investments pay off in the end?